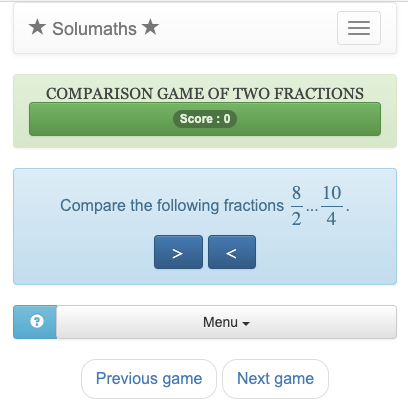 Quiz on the calculation of the GCD ( ... 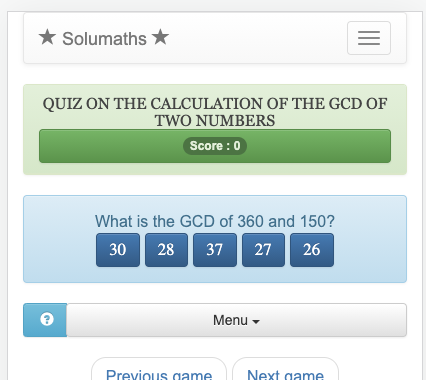 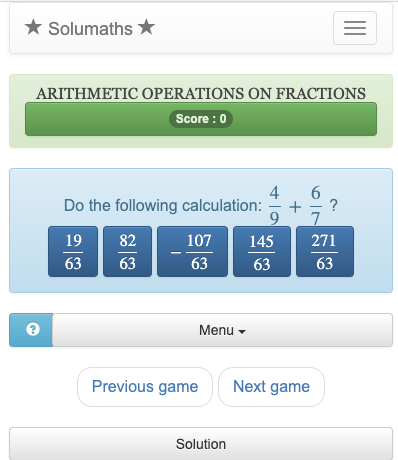 Irreducible fraction of an expressio ... 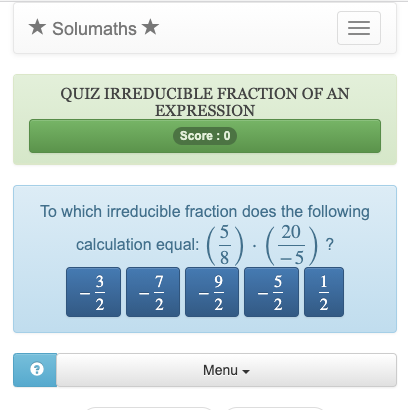 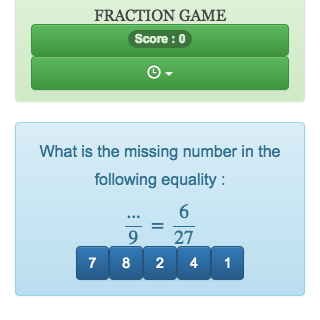 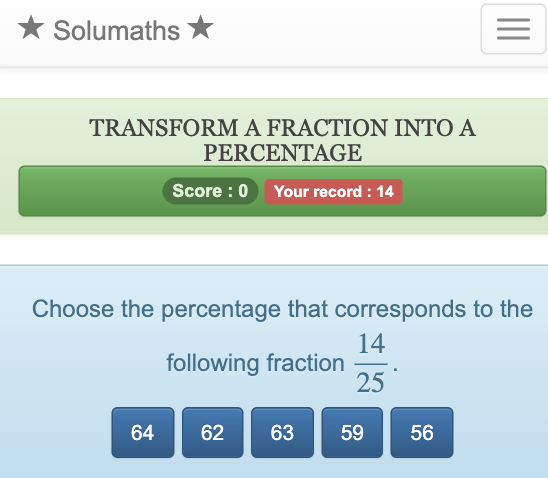 For any pair of integers a, b with b not zero, the ratio a:b is called a fraction the ratio a:b, it is denoted `a/b`, a is called the numerator and b the denominator.

A fraction is also called a rational number.

Two fractions are equal if it is possible to go from one to the other by multiplying or dividing the numerator and denominator by the same number.

The largest is the one with the smallest numerator.

We return to the case where the denominators are equal by applying the equality condition of a fraction.

These are the calculation techniques that the fraction comparator will use in this example to compare the fractions `19/11` and `13/7`.

The following example : `1/3+4/3` shows how to add two fractions that have the same numeratorr.

The following example: `4/3-2/3` shows how to subtract two fractions that have the same numerator.

The following example `3/4*7/5` : shows how to multiply two fractions.

Dividing by a fraction is the same as multiplying by the inverse of that fraction, using this rule it is possible to turn a fraction quotient into a fraction product and apply the rules for simplifying a product of fractions.